Flow Diagram: 6 Advantages of Using the Tool to Improve Marketing

What You Need to Know About Using Facebook for Business Growth

How to transform a physical event into a digital one

Dogecoin Is Scaring Investors. Here’s Why.

Dogecoin has spiked 400% in a week, making it one of the top 10 digital currencies and stoking fears of a potential bubble in the cryptocurrency market, CNBC reports.

Created in 2013 by software engineers Billy Markus and Jackson Palmer, the cryptocurrency was initially intended to be a playful joke based on the popular “Doge” meme and serve as an alternative to Bitcoin. The meme depicts a Shiba Inu dog with a sly expression and serves as Dogecoin’s signature logo.

5 Ways You Overcomplicate Your Morning Routine

Where to Discover 3D Printer Projects for your Business

Former Penny Stocks To Watch Making Their Mark In 2021...

5 Ways You Overcomplicate Your Morning Routine...

16 Questions to Ask Your Agents if You Want to Retain Call Center Employees...

8 Things You Need to Do Immediately After Launching Your Online Business...

Where to Discover 3D Printer Projects for your Business...

Your Employees Are Probably Feeling Triggered at Work...

Social Media Video: Double your Audience by Making it Mobile-Friendly...

How to Integrate the Social Media Strategy of Your Small Business With An Omnichannel Approach...

Why Do Smart People Deny Serious Risks? (And What to Do About It)...

How to Create More Referrals for Your Business... 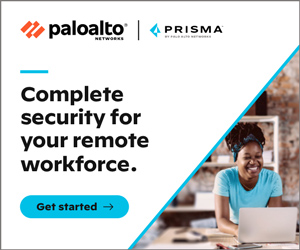