5 Employee Training Programs That Will Change Your Mindset

The Uberization of Trucking

Getting and staying motivated

In the early years of the last century, Hanoi had a rat problem. To solve it, the French colonial government placed a one-cent bounty on the rodents, which could be claimed by anyone who delivered a rat’s tail. Thousands of tails were tendered, but Hanoi’s rat population didn’t shrink. Instead, tailless rats were running through streets, and rat farms were discovered. To make money selling rats’ tails, you need lots of rats breeding more rats. The moral of the story: be careful which behaviors you reward.

How to Create an Email Signature in Canva

The Cure for Burnout, According to Nobel Laureate Richard Feynman: Play More

Is Your Startup Failure Holding You Back?

Is Beyonce’s “Break My Soul” the Theme Song of the Great Resignation?

Update Your Marketing and Read The Conversion Code

Is Your Startup Failure Holding You Back?...

11 of the Easiest Ways to Protect Your Retirement Money...

Sink or Swim: How Focusing on Your Team Will Help Your Startup Succeed...

EIDL Loans Available to Small Businesses in 6 States Due to Drought...

3 Buffett Stocks to Buy on the Dip

What Are Commercial Real Estate Loans?

The Importance of Making Time for Play

3 Things Entrepreneurs Need to Know About the Science of Quality Management...

How Much Does Small Business Health Insurance Cost?... 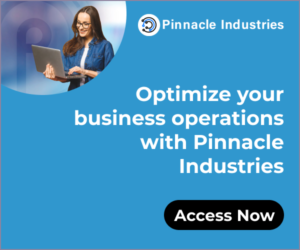