The Changing Face of TikTok

When to Merge Your Small Business With a Larger One

The Changing Face of TikTok

By the time TikTok burst on the U.S. scene in 2017, it already had a following due to its first iteration as an app called Musical.ly. Since then, it has overcome a long list of problems—including increased pressure from legislators and copycat features from long-standing social media giants—to become one of America’s fastest-growing social media companies.

From launch to 1 billion active users, TikTok needed only 5.1 years. Only Facebook Messenger has beaten this time to 1 billion, and it had the benefit of registered Facebook users on its side. TikTok has changed quite a bit during its race to the top—both in public perception and usage.

8 Tips for Your Next Brainstorming Session

Implementing 360-Degree Feedback In Your Organization

How to Invest With Your HSA, and Why

What is Brand Loyalty and How Can You Build It?

How to Invest With Your HSA, and Why

What is Brand Loyalty and How Can You Build It?...

Why You Need to Conduct a Break-Even Analysis...

6 Exciting Instagram Promotion Ideas You Should Definitely Try In Your Next Campaign...

How Your Business Can Succeed With Social Media Marketing...

8 Tips for Presenting Customer Journey Maps in a Compelling Manner...

How Technology Can Empower the Workforce

What is Brand Loyalty and How Can You Build It?...

The 3 Most Important Hires to Get Your SaaS Going...

How to Write a Killer Mission Statement for Your Company...

4 Third-Party Tools You Can Use to Gain Powerful Instagram Analytics Insights... 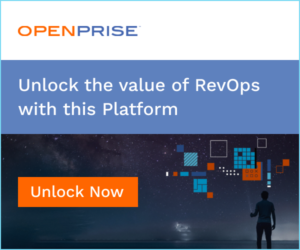